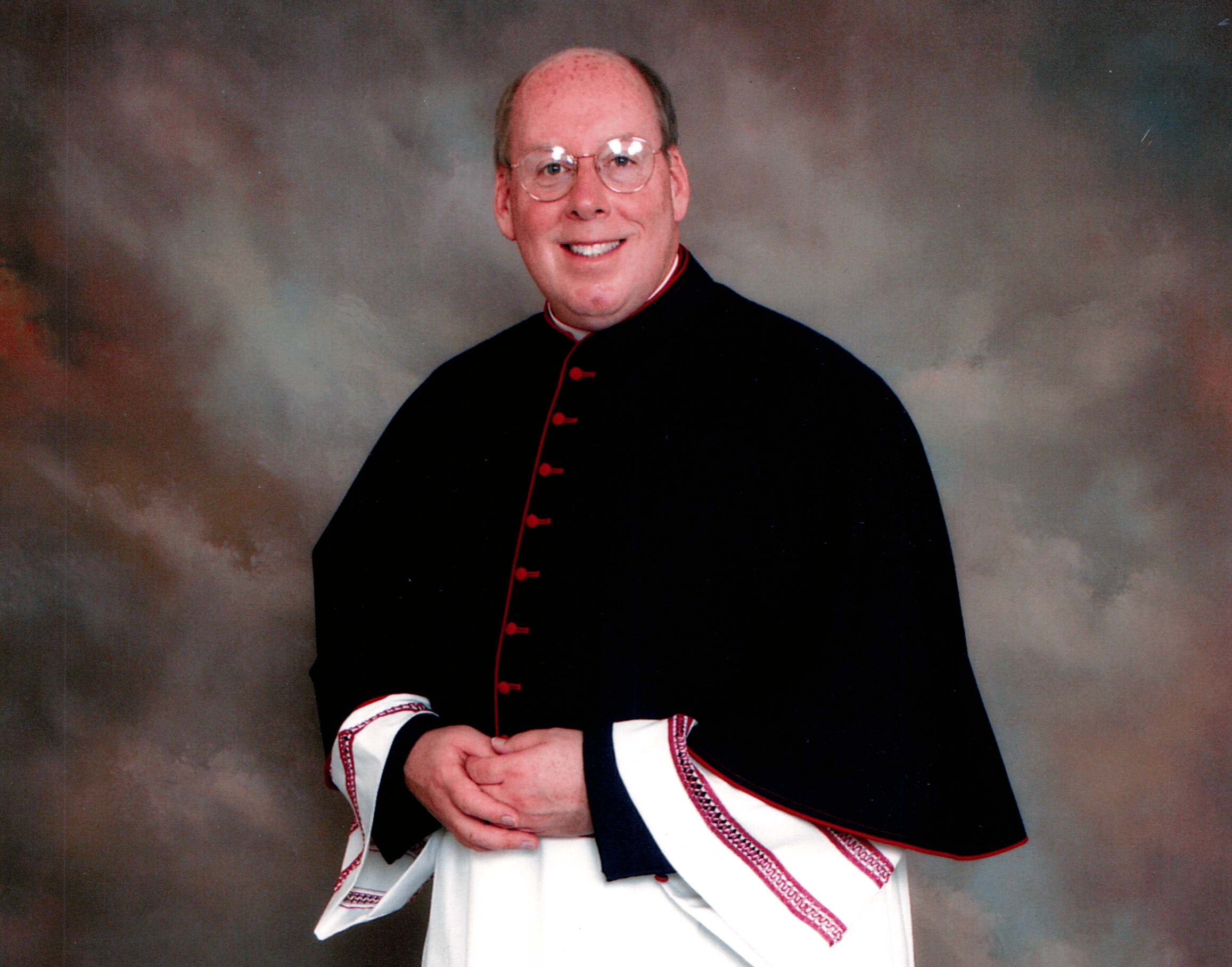 Father Robert Webster was ordained to the priesthood May 31, 1986, in St. James Cathedral, Orlando, by Bishop Thomas Grady.

His first assignment was as parochial vicar at Saint Paul Church in Daytona Beach. In 1989 he became the priest secretary and Master of Ceremonies to Bishop Grady, and also assisted at Saint Margaret Mary Church in Winter Park. Upon Bishop Norbert Dorsey’s appointment as Bishop of Orlando, Father Bob continued as priest secretary and Master of Ceremonies to the Bishop. He was also appointed as the Secretary for Worship and the Director of Liturgy for the Diocese of Orlando. In 1994, while continuing with his diocesan roles, he was appointed pastor of the Basilica of Saint Paul in Daytona Beach, one of the oldest parishes and churches in Florida. Remaining there until 2006, Fr. Bob oversaw significant restoration and renovation (1996) which culminated in the Dedication of the Church and Altar, and on its 125th Anniversary, its designation as a Minor Basilica, the first in the Diocese of Orlando, by Pope Benedict XVI, making it the 60th basilica in the United States and the first one of his pontificate.

After leaving Basilica of St. Paul in 2006, and following a sabbatical in Rome, he returned full time to the diocese as Director of Liturgy. He was appointed pastor of Blessed Sacrament Parish in Clermont in 2008 until 2020. While at Blessed Sacrament Parish, he assisted with the construction of the Santo Toribio Romo Mission and the community of faithful who worship there; worked to create a permanent Youth Center and Ministry Building on the Blessed Sacrament Parish grounds; developed our Catholic Neighborhood Associations, an effort to help network Catholics with each other by establishing smaller Catholic Communities within Blessed Sacrament Parish; and expanded the Ministry to the Sick and Homebound, which experienced a period of very rapid community growth. Under Father Bob’s leadership, the parish provided outreach ministry to nine healthcare facilities and a hospital.

He also established the parish’s Outward Sign Ministry, which assists families and individuals in catastrophic need. When asked why he chose the name of Outward Sign for this ministry, he simply said, “The very definition of a sacrament is ‘an outward sign instituted by Christ to give grace'”.

“For I am not ashamed of the Gospel. It is the power of God for the salvation of everyone who believes.” Romans 1:16