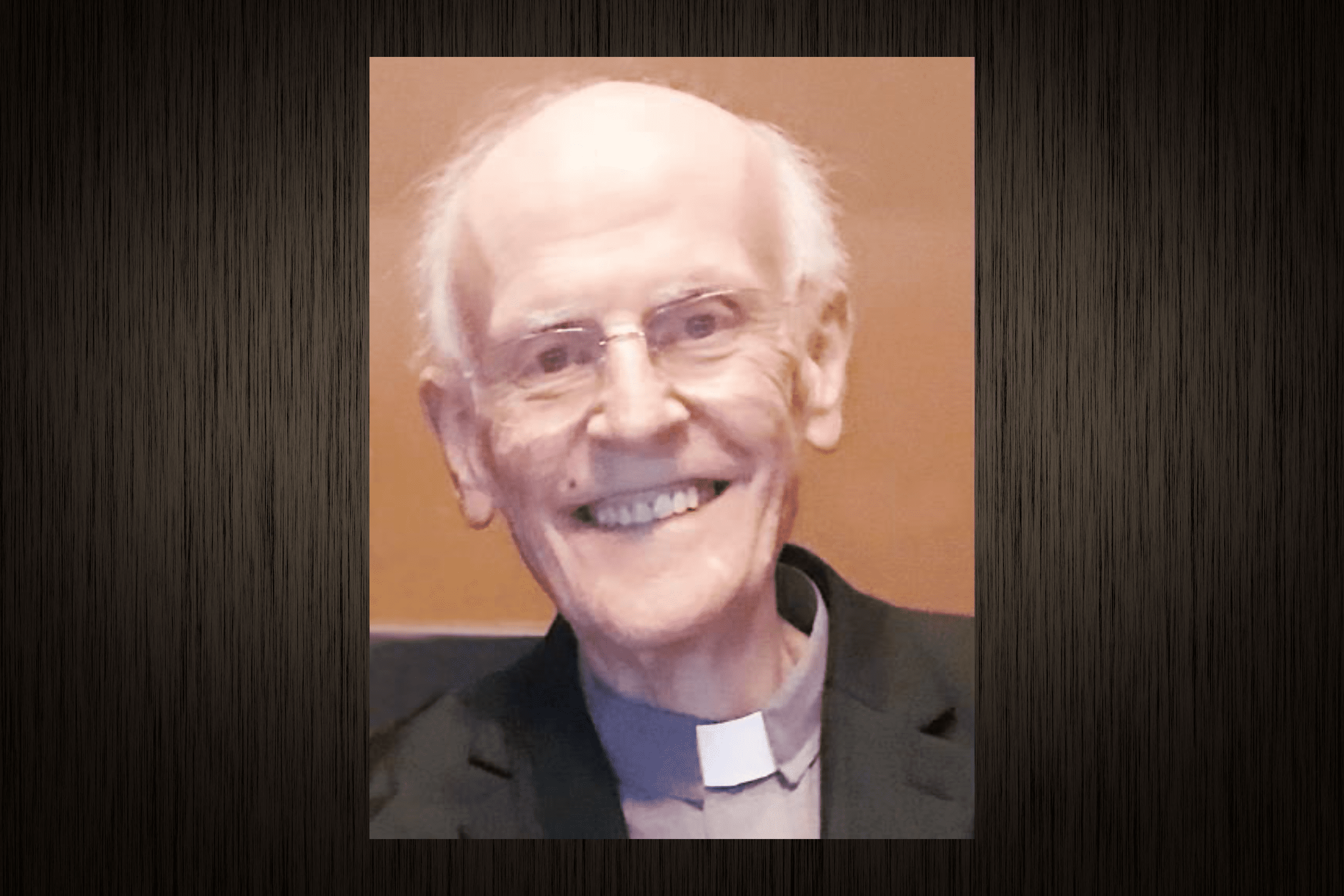 Please pray for the repose of the soul of Reverend Peter Henry.

Father Peter Henry died on June 20, 2021, at the age of 76. Born into a large extended Catholic family in Northern Ireland, Father Henry’s faith was strongly influenced by his parents, a priest friend of the family, priests at his high school and his two aunts who were religious sisters.

“Faith was very unconsciously at the center of family life and convinced me in my early years that everything beautiful in my life – family life, life’s goodness, God’s goodness, joy and compassion, all such things came to me through my Catholic faith,” said Father Henry.

It was during his final years of high school that Father Henry began to feel a call to the priesthood. In his senior year, he confided to his twin brother, Paul, that he had mailed off an application to the seminary, only to find out Paul had mailed in his own application a month prior.

The brothers continued their journey side-by-side from their studies at All Hallows College Seminary, to their Ordination on June 16, 1968, to their first assignments to the newly-formed Diocese of Orlando.

Father Henry served two years at St. Charles Borromeo Parish in Orlando, which was the Cathedral at that time, and then two years at St. Margaret Mary Parish in Winter Park. In 1972, he moved to Holy Name of Jesus Parish in Indialantic where he stayed for fourteen years, first as associate and then as pastor. His next assignment would be an even farther move, to Geneva, Switzerland to serve as Pastor of the Pope John XXIII Catholic Center for the English speaking community.  He served on the Presbyteral Council from 2008-2010.

When Father Henry returned to the Diocese fourteen years ago, he was assigned as pastor of St. Ann Parish in DeBary.

“I’m very grateful to God for my faith, my family, my vocation and for my diocese. It’s a great diocese; we’ve had a series of wonderful bishops, including and especially our Bishop John Noonan,” reflected Father Henry. “How did I get to be so fortunate?! God is so good.”

Funeral Information:
The Funeral Mass will be livestreamed on
June 29 at 12:00 noon from St. Margaret Mary Catholic Church, Winter Park

Click Here to watch the livestream of the Funeral Mass