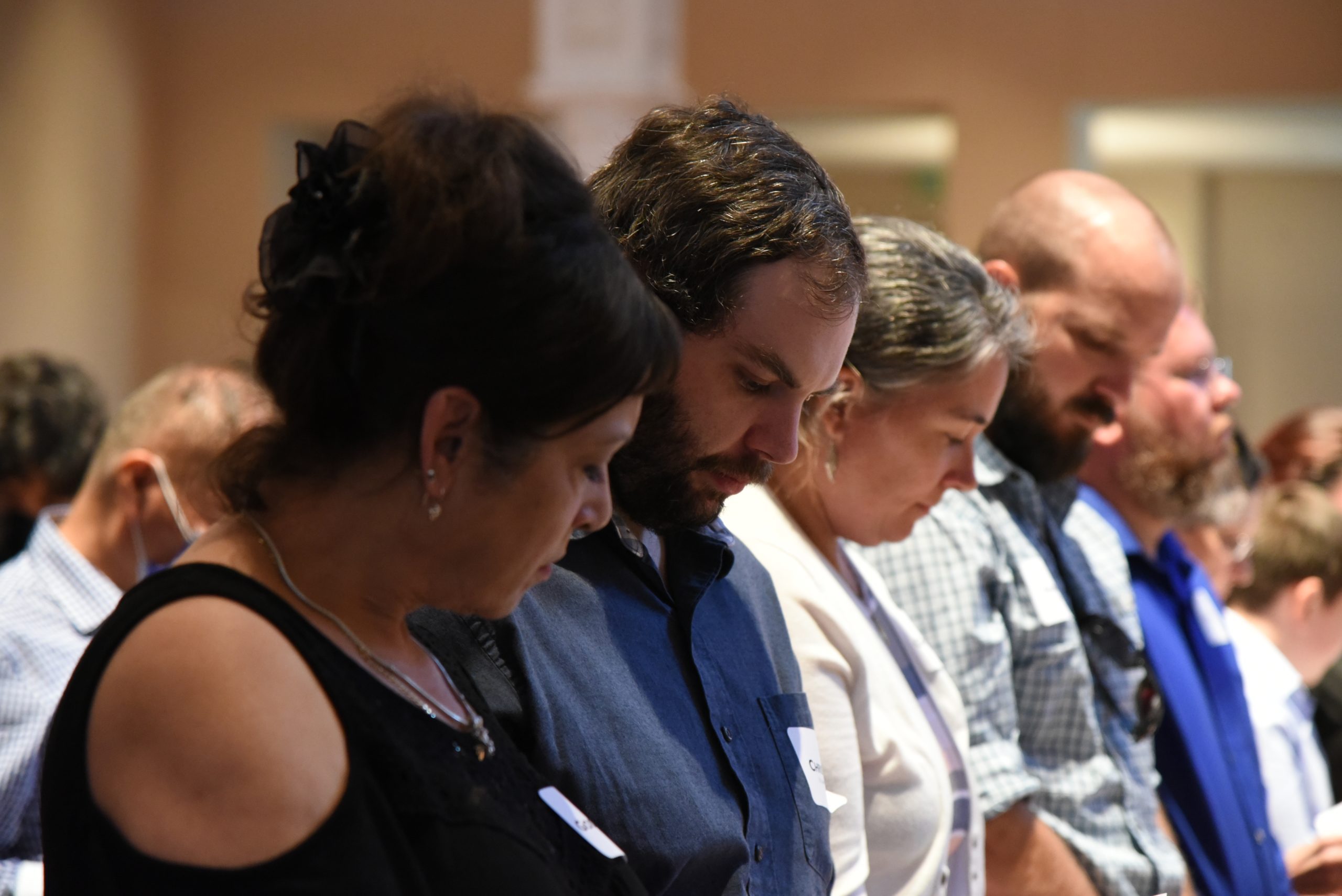 ORLANDO | Christian Brady grew up in Georgia with a devout Southern Baptist family who read the Bible frequently and practiced their faith diligently. As a teenager, he began to fall away from church and ultimately wondered if God truly existed. After a decade of considering himself practically an atheist, the 29-year old is ready to become Catholic. The loss of his grandmother to COVID last year and his father’s deep confidence in the promise of eternity, made him reconsider where he stood on Christianity.

It was February and Brady remembers driving to Georgia with his dad for the funeral. “His mother had just died and he was smiling and talking while I’m looking out the window thinking to myself, yeah dad, I’m never going to see grandmother again,” he said. Then a strange thing happened at the funeral. He sensed the Holy Spirit stirring, bringing to life those seeds of faith planted in his childhood. He returned home and told his Catholic fiancé, Kassie Hoffman, he wanted to go to church.

Kassie had also drifted from practicing her faith, so her first question was, “Why?” They were together more than five years at the time and his interest in converting to Catholicism was a surprise. “We both had a phase in our lives where we had fallen away,” she recalled. “I think it’s kind of miraculous that we found a way to God through everything. It’s been a blessing to our relationship. It’s taught me to view the faith with a fresh perspective and that, no matter how young or old you are, there is always something new to learn.”

Brady laughs now remembering his first Mass. The congregation prayed a Hail Mary and confused him. “I didn’t understand the significance of repetition, prayer, and all the rituals, something I am now starting to take for granted because I am really enjoying the Mass in the Catholic perspective. It feels like the closest roots to what Christianity should be.”

Soon after, Brady entered the Rite of Catholic Initiation of Adults (RCIA) program at St. John Neumann Parish in Lakeland. He discerned and studied Catholicism earnestly, often raising questions that sparked deep discussion with his peers.

On March 6, after signing the Book of the Elect indicating his will to commit to the faith – through the affirmation of his sponsor and Bishop John Noonan, he participated in the Rite of Election at the Basilica of the National Shrine of Mary, Queen of the Universe in Orlando. There, catechumens (those who have not been baptized) are deemed “Elect” – prepared to receive the Sacraments of Initiation (Baptism, Confirmation and Eucharist) at the Easter Vigil.

Eager to share in the Sacraments, Brady has a particular appreciation for the sacramental life that was “completely missing from the version of Christianity I was brought up with,” he said. “Being a part of the liturgy is extremely sacred and mystical to me… it is all very interactive, and it feels like I’m a part of something bigger than myself.” He noted, “I know God has put me in this position coming closer to His faithfulness… Just because I’m almost 30 years late to the party doesn’t mean I was never invited.”

Brady has immense gratitude for his parents, raising him in Christian faith and for their support on this journey. They discuss varying points of view and he shares, “I was lost, but now am found.’”

He found that welcoming invitation in Kassie’s family as well. Kassie’s mother, Lisa, his sponsor, is a joyful witness to Catholicism. “Lisa has been so patient with all of my curiosity with the Catholic faith,” he noted.  “I have questions and Mama (as he calls her) has always given me answers. That openness and love of the faith to share – but not to force someone – really made me want to ask more questions. And it snowballed. I still have questions, but now it feels great to have discussions about Catholicism with my future wife’s family.”

He added, “Coming to the Catholic Church rekindled that childhood love I had. I saw no problem with keeping myself feeling that way. Not just recognizing being loved (by God) but putting myself out there and loving Jesus back – trying to love people like He loves them.”

Brady believes Catholicism is the “Truth”. “It is that light I’ve been looking for. That connection to Christ that you can only have by taking Him into your body—whole mind, heart, and soul, physical and spiritual. It is the ritual Christians have been doing since He told them to do it.”

By Glenda Meekins of the Florida Catholic Staff, March 08, 2022

Click What is Rite of Election to read more.