What is the Rite of Election?

Home / News & Events / What is the Rite of Election? 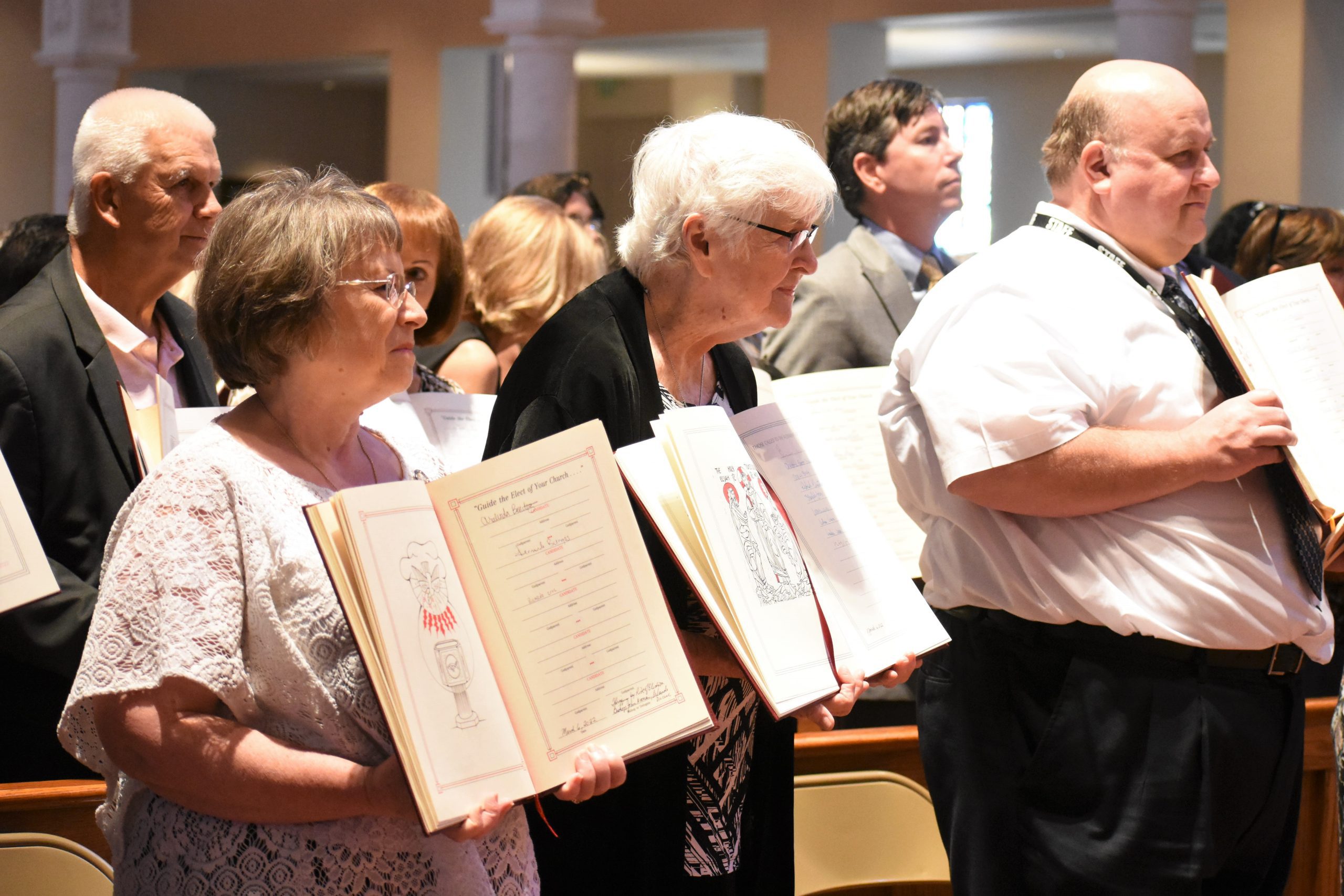 Our present-day Rite of Election is usually celebrated by the diocesan bishop on the First Sunday of Lent to elect and enroll catechumens for Easter Sacraments. Its very ancient origins are reflected in the structure of the new Rite: the calling forward of the catechumens; the testimony of their godparents; and the enrollment of their names in the Book of the Elect.

In the early Church, it was no small thing to become a Christian, and the catechumenate lasted anywhere from three to seven years. This included intense catechesis and rigorous moral conversion, as well as building mutual trust in times of Roman persecution. Our earliest written account of a Rite of Election comes from the third century Roman priest and martyr, St. Hippolytus (d. 235 AD). Around 215 AD, he compiled the “Apostolic Traditions” in order to preserve ancient Roman Christian practices. Among those, he briefly chronicles a catechumenate (cf. XX, nn. 1-3). Prior to entering the catechumenate, which is to last no less than three years, candidates are rigorously examined about their moral lives and whether they have immoral political, social, or labor connections. Then, they are examined again regarding their Christian virtue and charity, and if found worthy, are inscribed for Easter Sacraments.

Our other ancient source for the Rite of Election comes from a fourth century Christian woman or nun known only as Egeria, who chronicles her pilgrimage to the Holy Land (Itinerarium Egeriae, c. 381-4 AD), including details about the liturgies she observed. In her chapter on the administration of Baptism, she observes that on the second day of Quadragesima (Lent), catechumens and their godparents would be brought before the bishop to be rigorously interrogated about their conversion, their exercise of virtues, and the vices they still had. If the bishop was satisfied with their progress, he would inscribe their names into the “Book of Competents” and they would spend the rest of Lent in special catechesis in preparation for Easter Sacraments. (cf. Itinerarium, VII, 1)

By Father Jeremiah Payne, Special to the Florida Catholic, March 08, 2022